Ellie Young is founder of Common Action. Common Action builds collective intelligence and communication tools for climate and sustainability innovators, to support dynamic network-based organization towards urgent global priorities. Her expertise includes both community building and software UX design, to support the development of software in “in-between”, ecosystem spaces, that can support multiple dynamic needs across a diverse range of users.

Prior to founding Common Action, Ellie served as Head of Community at the Knowledge Graph Conference, launching the KGC Slack and community which continues to grow (~3,000 members). Ellie has co-organized or spoken in workshops at ESIP, NSF Open Knowledge Network design sprint and workshops, KDD, ACM SIGSPATIAL, and KGC, and is a co-author of the “Open Knowledge Network Roadmap” NSF/OSTP publication (2022).

Tuesday, October 25 at 10am ET on Zoom (recording below)

Transformative agreements have been in the news a lot lately, on both sides of the Atlantic. But what are the details of these new contracts between publishers and libraries which fund open access (OA) publishing by faculty members in addition to paying for access to subscription titles? Will they actually transform scholarly publishing by providing a sustainable funding model for OA, or are these agreements providing cover for publishers to maintain the status quo in spite of scholars’ efforts to transition to an OA future? To answer these and other important questions, research on the text of these agreements must be undertaken.

Join us during Open Access Week for a presentation on the results of the first systematic study of transformative agreements. This soon-to-be-published research focuses on agreements between European consortia and academic journal publishers. As Dr. Didier Torny will explain, he and his co-author discovered a great deal of diversity among the documents and made a number of critical observations regarding the ways these agreements are facilitating a sustainable future for OA publishing, and ways they are not.

Registrants will receive a link to download a copy of the manuscript, “Unboxing Transformative Agreements: a Systematic Study of Contracts between European Consortiums and Academic Journal Publishers (2015-2020).”

Didier Torny’s research works are at the crossroads of the sociology of mobilization, the sociology of law, public policies studies and science and technology studies. On risk and health issues, his publications have underlined the role of alarm raisers in the agenda setting theory, helped to clarify the role of administrations in writing, implementing and controlling public regulation and discussed the emergence of new forms of government, based on traceability, to address them. He has conducted his research programs on many fieldworks: prion diseases, asbestos, pesticides, vaccines, diethylstilbestrol and endocrine disruptors, pandemic influenza.

Didier Torny joined the Center for the Sociology of Innovation (CSI) in 2016, where he keeps on doing fieldwork on a political economy of academic publications, especially with David Pontille and Quentin Dufour, notably on evaluation & peer review practices and on publishing business models. He is also project officer at the CNRS Open Science Department, a member of the French Open Science Committee, and contributes to Scriptopolis, a blog on urban writings, with CSI colleagues.

Formats for Future: Liberating the IPCC Reports on Climate Change

Wednesday, October 26 at 10am ET on Zoom (recording below)

The theme of OA Week 2022 is Open for Climate Justice and we have invited a team of scientists to talk to us about a project to make the scientific knowledge surrounding climate change more accessible.

Team semanticClimate is running Formats for Future, an international, asynchronous hackathon during OA Week intended to to liberate and semantify the climate change reports from the UN’s Intergovernmental Panel on Climate Change (IPCC). The IPCC reports – which outline the effects of climate change, the evidence, likely outcomes, and mitigating actions – are published as a set of PDF files which makes them extremely hard to read by humans or machines, preventing their widespread use.

The #semanticClimate group looks to liberate the IPCC reports by making their content accessible, usable, and semantified – with the goal of making its knowledge accessible and giving citizens next generation publishing tools to work further with the reports.

#semanticClimate is a group of young Indian scientist volunteers developing tools and processes to make the more than 10,000 pages of IPCC reports semantic. They recently ran a very successful hackathon ‘The Climate Knowledge Hunt Hackathon’ attended by Indian policymakers and climate organisations in September 2022.

This year's theme is Open for Climate Justice. Visit the OA Week website to learn more. 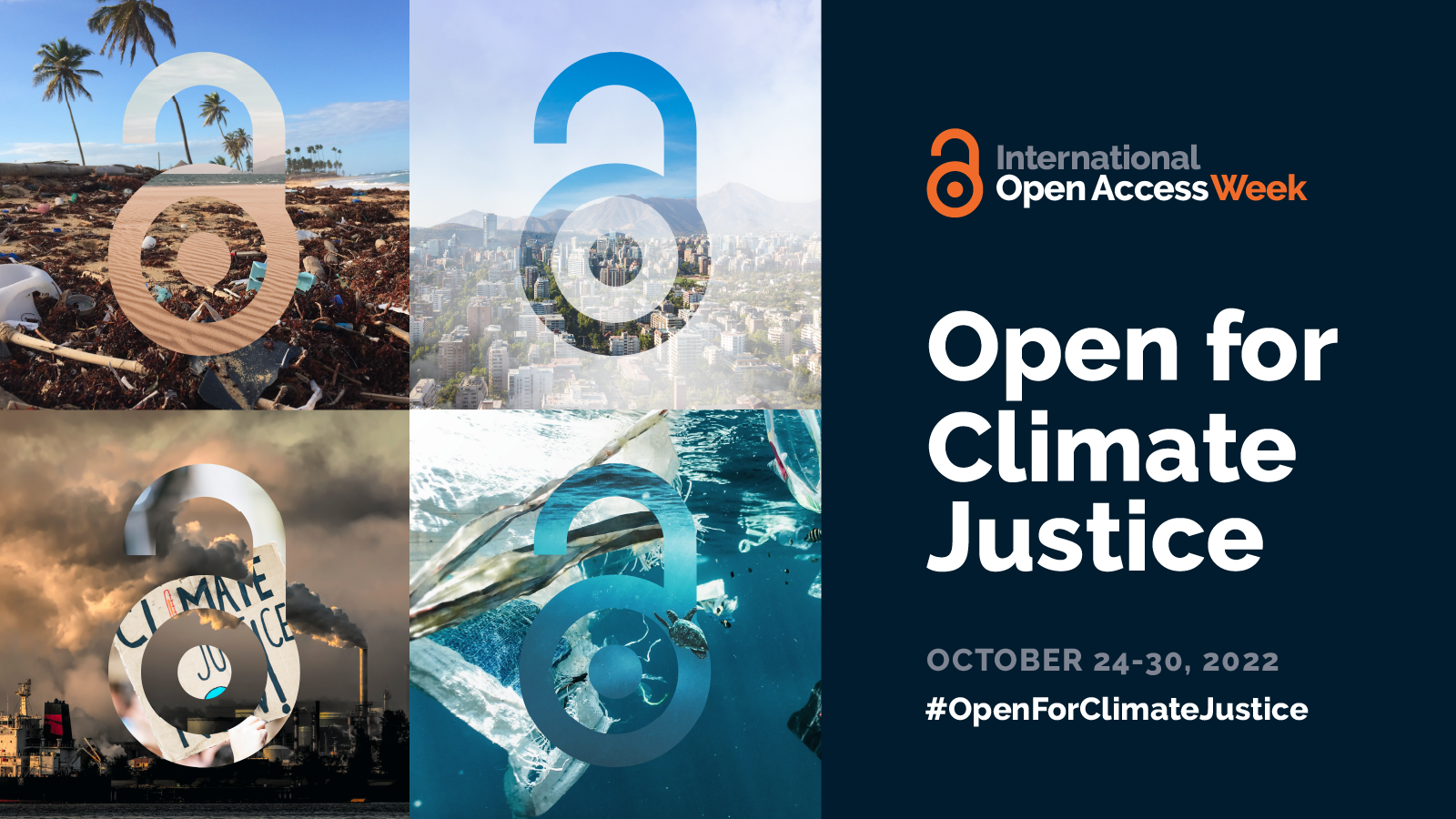