Sexual and Gender-Based Harassment and Violence

Welcome to the Sexual and Gender-Based Harassment and Violence research guide. This guide provides resources for conducting scholarly research on the topic as as well as links to Adelphi University, local, state, and national resources. It also includes links for reporting and support.

From the Centers for Disease Control (CDC):

Gender-based violence (GBV) is any form of violence against an individual based on biological sex, gender identity or expression, or perceived adherence to socially-defined expectations of what it means to be man or woman, boy or girl. This includes physical, sexual, and psychological abuse; threats; coercion; arbitrary deprivation of liberty; and economic deprivation, whether occurring in public or private life. GBV is rooted in gender-related power differences.

From the NYC Mayor's Office to End Domestic & Gender-Based Violence:

Gender-based violence is a general term used to capture any type of violence that is rooted in exploiting unequal power relationships between genders. This can include gender norms and role expectations specific to a society as well as situational power imbalances and inequities. Gender-based violence can impact anyone, and can include intimate partner and family violence, elder abuse, sexual violence, stalking and human trafficking. 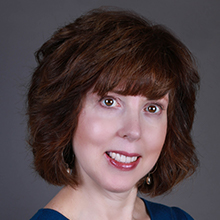