A guide to scholarly works, news, and government resources on the topic of immigration.

"On Sept. 5, 2017, the Department of Homeland Security (DHS) initiated the orderly phase out of the program known as Deferred Action for Childhood Arrivals (DACA). DHS will provide a limited, six-month window during which it will consider certain requests for DACA and applications for work authorization, under specific parameters. Read the memorandum from Acting DHS Secretary Elaine Duke for details.

Next Steps for Phasing Out DACA

All DACA benefits are provided on a two-year basis, so individuals who currently have DACA will be allowed to retain both DACA and their work authorizations (EADs) until they expire.

USCIS will adjudicate, on an individual, case by case basis:

For more information, please read the: 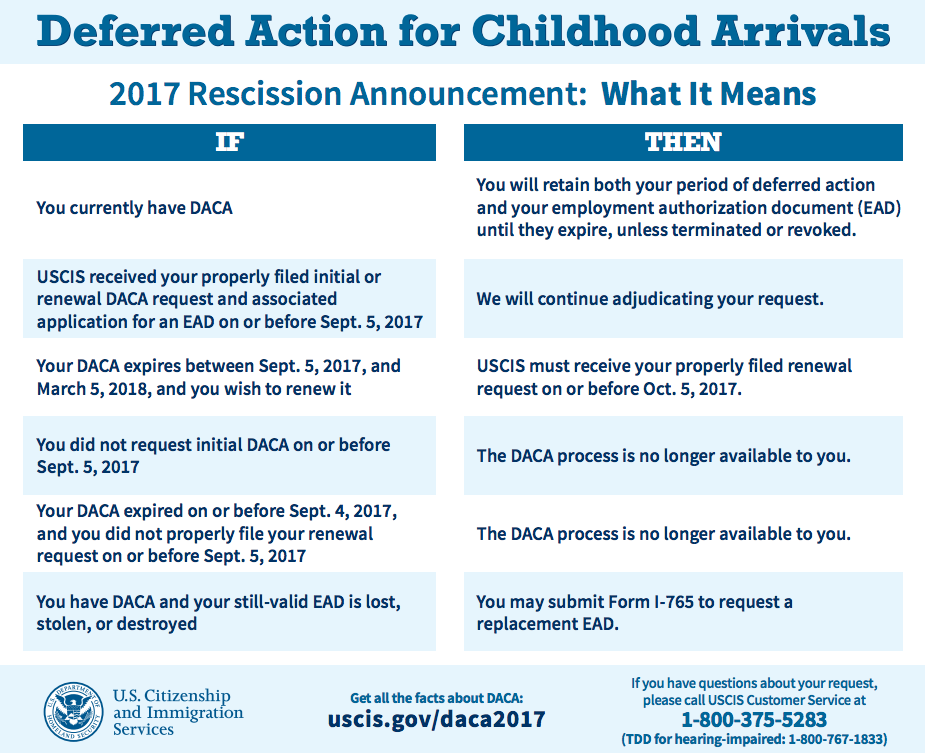 Other U.S. Resources on Immigration