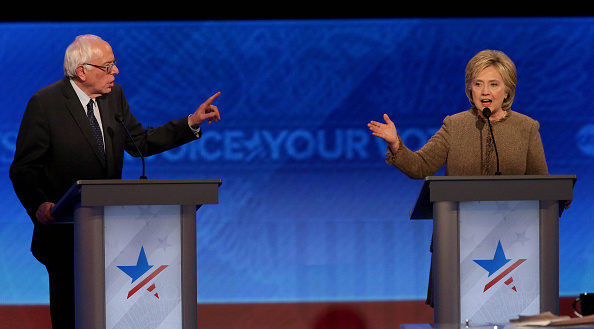 The Republican primaries were a tumultuous event. The original field featured 17 candidates, several of whom -- Ben Carson, Carly Fiorina, and Donald Trump -- had never held any political office. At the onset, many commentators considered former Florida Governor Jeb Bush, the son and brother of former presidents, to be the frontrunner. However, Trump, a real estate tycoon and reality TV star, significantly outpaced his rivals and secured the nomination.

On the Democratic side, Hillary Clinton, a former first lady, U.S. senator from New York, and secretary of state, was the initial favorite. However, she faced unexpected competition from Vermont Senator Bernie Sanders, who is actually registered as an independent. Clinton eventually secured the nomination.

The links below will take you to sites that provide detailed information about the primaries and the candidates.

The strong showings of the Donald Trump and Bernie Sanders campaigns demonstrated widespread disillusionment with the mainstream politics of both parties. Voters across the political spectrum voiced their concerns that the leaders of both parties were paying little attention to their problems and needs. Signs of this discontent were evident in grassroots movements such as the Tea Party on the right and the Occupy and Black Lives Matter movements on the left.

Despite their victories, both Clinton and Trump have the lowest approval ratings of any presidential candidates in many years.

Click on the links below for articles on the "anti-establishment" aspects of the primary elections. 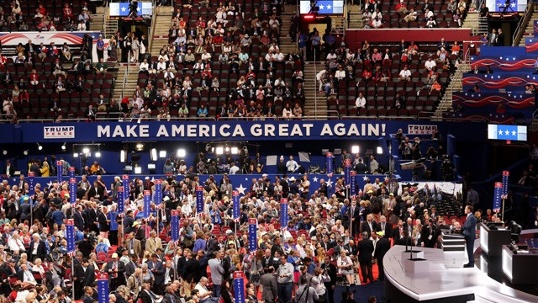 Following the primaries, both parties hold a national convention at which they officially nominate their candidate. The Republican National Convention was held July 18-21 in Cleveland. Donald Trump received the nomination. However, the convention also highlighted divisions within the party. Several prominent Republicans refused to attend, including the Bush family and John Kasich, governor of the host state of Ohio. Moreover, Texas Senator Ted Cruz, who lost to Trump in the primaries, delivered a speech in which he refused to endorse the candidate. Donald Trump officially accepted the nomination on Thursday, July 21. 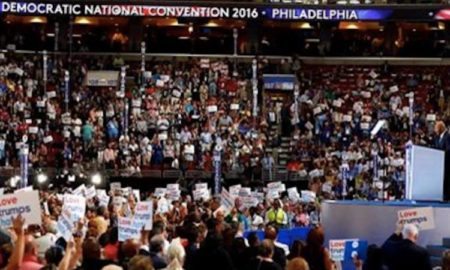 The Democratic National Convention was held in Philadelphia on July 25-28. It began under a cloud of controversy when Democratic National Committee Chairwoman Debbie Wasserman Schultz resigned following the leak of more than 20,000 emails, some of which seemed to indicate that the DNC had attempted to undermine the Sanders campaign. On the opening night, Sanders attempted to unify the party by publicly endorsing Clinton, despite protests by some of his supporters. Clinton formally accepted the nomination on July 28, becoming the first woman to run for president on a major party ticket.